During one of the two annual “golden weeks” observed in China, most workers receive seven consecutive days off to celebrate the Lunar New Year. In the past, workers would leave the cities or factories where they spend most of their time and take the opportunity to travel home to visit with their families. But young Chinese workers are starting to buck this long-standing tradition. This group of travel-ready millennials increasingly are choosing international travel instead of a trip to grandma’s house, such that last year, 6.15 million Chinese people traveled internationally—a 7 percent increase from the prior year.

Most of these travelers are between the ages of 25 and 34 years. The upcoming generation is notable too, such that the government estimates that 74 million students will graduate from Chinese universities in the next 10 years. These affluent workers likely will have the disposable income necessary to make international trips, and the Lunar New Year golden week presents the perfect opportunity for a long trip. Recognizing this emerging trend, many retailers have launched new promotions aimed at appealing to these international Chinese travelers. 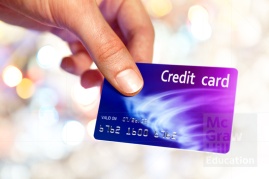 For example, Visa, which has long struggled to break into the heavily regulated Chinese market, promotes its products as an alternative payment method that can be widely used overseas. The company produced a new commercial showing a well-traveled adult daughter bringing her parents overseas to Australia for the first time. This advertisement showed potential Chinese travelers a way to marry an old tradition with a new one: Don’t just visit family, bring them along!

Other companies capitalize on the growing popularity of live-streaming in China. Travel companies will record or live-stream videos of unfamiliar overseas locations and offer customized travel itineraries or other services. Department stores expecting an influx of Chinese travelers design and offer special merchandise to be sold exclusively during the Lunar New Year. In 2016, Bloomingdale’s offered a special Year of the Rooster tote bag.

What ideas would you offer to marketers who want to capture the attention of Chinese travelers visiting the United States?