The ultra-luxury brand Hermès is known primarily for its extremely high priced handbags and scarves, luxury items that, by design, …

Once a favorite of corporate actors, BlackBerry phones and mobile devices were essentially run out of the market by the …

In a telling scene in an old episode of The Simpsons,  young Lisa complains, “It’s awful being a kid. No … 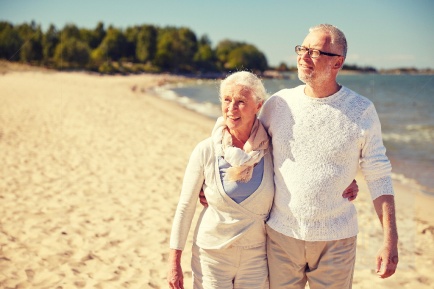 As consumer age, their needs change. In hospitality and travel sectors for example, studies show that older tourists need benches located more conveniently, to allow them to take breaks; signage at eye level, because they tend to pay attention to where they are walking rather than looking up to see directional signs attached to the ceiling; wider doorframes to accommodate walkers; and auditory surroundings and communications that work well with hearing aids instead of producing an uncomfortable frequency. As global populations grow increasingly older—people older than 60 years are predicted to account for 22 percent of the world’s population by 2020—such needs and demands are becoming more central to service providers’ strategies and designs.

In airports for example, designers are adding more directional signs to floors, to meet older travelers’ tendency to be looking at the floor as they walk. They also are moving away from highly polished, shiny floors, which can appear wet and raise concerns about slipping risks. Because many older customers prefer to go straight to their gate when flying, to avoid any worries about having to hurry through the airport to catch their flight, some destinations also are increasing the number of food and concessions stands located next to gates, rather than keeping them all in the central terminal.

Technology innovations also are changing the service offering for tourism companies. A novel system being tested in a few airports links to hearing aids and sends updated information directly to the devices, like having a guide right in their ears. Aira glasses available in the Seattle-Tacoma Airport establish a wifi link, such that remote guides can see what wearers see and help vision-impaired travelers navigate the often confusing and crowded terminals. At Tampa International Airport—where people 55 years and older account for approximately 40 percent of traffic—a recent redesign created more open spaces, reduced walking distances to gates, and included plans for where human service personnel could stand, so travelers could easily find help when they need it.

Redesigned servicescapes also are appearing in hotels, with innovations such as Marriott’s Studio Commons concept. These suites feature four bedrooms arranged around a common area, so multigenerational families can all stay together but still maintain some privacy. Other room features designed to appeal to older tourists encourage step-in showers instead of bathtubs, extra bright lighting, and power outlets at table level instead of floor level.

Even independent travel service providers are getting in on this trend. A snorkeling company offers a small submersible vehicle, staffed by a pilot, so that grandparents can ride along, participate, and observe the fun their grandchildren are having while snorkeling. An ice cream shop in Ireland that attracts many older tourists ordered new tables with heavier bases, so people could lean on the tabletop to help them stand, without worrying about the table tipping over. Thus the concessions and redesigns are varied, but they all seek a similar goal: Making travel services safe, appealing, and facilitative for seniors.

Impossible Burger is a well-named company: It has pursued, and recently achieved, the seemingly impossible task of developing a meatless …

The Coachella music festival is renowned for its diverse slate of artists, fashion-forward trends among audience members, and success in …

In a multicultural world, people with widely varying skin tones require products specific to their needs, such as foundation or …

As we have discussed previously, the latest version of the Apple Watch offers novel and cutting-edge capabilities for measuring various …

Streaming services such as Pandora and Spotify sell access to digital music options, a combined service and product that seemingly …

In its ongoing attempts to expand its content, the online streaming service Netflix has become a property owner. It has …