Noting that it has access to more and different kinds of data than many other companies, AT&T believes that it … 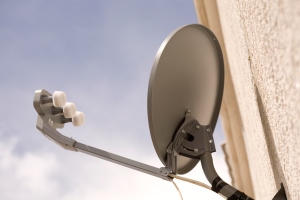 In its most recent move in that direction, Dish obtained approval for its expansion into smartphone service provision. Unlike a simple consumer product provider, the satellite provider needs to receive approval from the U.S. Federal Communication Commission before it can undertake an extension. Such regulations are in place to prevent monopolies or dangerous levels of power by any one company over airwaves and public spaces. For the FCC though, this expansion is both reasonable and acceptable, more likely to increase competition than to limit it.

That’s good news for consumers, but maybe not for Dish Networks’ newest competitors, such as Verizon and AT&T, which currently dominate the mobile phone market. Rumors are swirling that Dish will enter into a partnership with Sprint, exchanging its mobile airwave access for Sprint’s mobile phone networks.

Although the next move for Dish remains a little uncertain, it is clear that the satellite giant does not want to depend only on giant dishes for its future. As more consumers move away from subscription services to meet their entertainment needs, Dish hopes to be on the cutting edge, wherever it may lie.

So many people want the next-generation iPhone that AT&T had to shut down its preorders. Such examples are more and …

Having already taken over Cingular, AT&T plans to dissolve even the Cingular name by the end of the year.  Previously, …