For people living, working, and farming in rural India, the spread of modern technology has revolutionized their daily practices. In …

The underlying purpose and market offering of LinkedIn is inherent in its very name: to establish links. Its focus on … 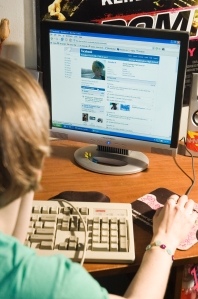 According to a recent study funded by the European Union, the terms that U.K. teens (16–18 years of age) use to describe Facebook include “embarrassing,” “old,” and “dead and buried.” These are not exactly the sorts of images that a company that revolutionized social media prefers to embrace. So what has led Facebook, once the social media home base of teens, to become the last place they want to be seen?

Most analyses suggest the main problem was its growing popularity—and more specifically, its growing popularity among their parents’ generation. As mom, dads, aunts, uncles, and even grandparents joined the network, teens quickly became less willing to share quite so much. Humor sites collect various awkward moments when a teenager rails against an unfair parent on Facebook, only to have that parent respond with deeply embarrassing accounts of the teen’s behavior or the imposition of a new punishment.

Beyond these direct contacts, teens tend to assume that anything their parents like cannot be cool for them as well. If their grandmother posts pictures of her vacation to Facebook, seemingly by definition the site cannot be cool anymore.

As challenging as these trends are for Facebook, it could always rebrand itself as the social media location for middle-aged users who want to share their thoughts about their children or grandchildren. The larger question is where teens will go next to get their social media fix. The growing popularity of Snapchat implies that teens might begin preferring temporary, ephemeral sharing, possibly in reaction to the lessons learned when Facebook posts remain accessible to employers and school administrators. Moreover, teens seemingly use various sites for different purposes: Twitter for wide broadcasts, Instagram for visual sharing, WhatsApp for more personal interactions.

The variety suggests a gap in the market, waiting for some innovative entrepreneur to devise the next big thing, a site that teens consider cool and compelling—until their parents find it and ruin it too, of course.

Marketing managers are venturing into Web 2.0. They still have some rules to follow, but there is a lot of …