New York City has a strict law against gender-pricing discrimination, but a man and a woman visiting a salon for a quick waxing still are unlikely to be quoted the same prices. The fines for breaking the law range from $50 for first-time violations to $500 for subsequent ones—and salons are not happy. 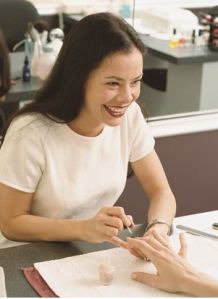 in 2011. The city’s Department of Consumer Affairs claims that it needs to send a strong message, and to do so, it has targeted salons, barbershops, laundries, and dry cleaning businesses.

The companies protest that it is the law that is unfair, not their pricing plans. For example, salon employees assert that manicures for men should cost more, because they require more work than the same service provided for women. Another employee pointed out that it is much harder to wax a man’s back than a woman’s, so men should be charged more for this service. In contrast, for haircuts, the average service takes about 30 minutes for men, but a woman’s cut requires closer to 60 minutes. If they raise the prices of haircuts for men, salons could lose business; if they lower them for women, they could lose money.

The commissioner of the Department of Consumer Affairs has stated that his office makes an ongoing effort to educate businesses about the law, but many salon employees claim they were never made aware that the law existed. But even with greater awareness, is price parity for men and women really good for business?

2 thoughts on “The Costs of Waxing: Price Discrimination or Fair Determination of Pricing?”