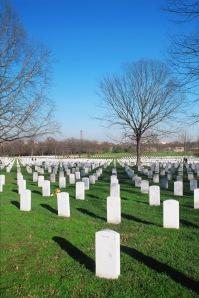 The future of the consumer electronics retailer Best Buy appears uncertain, and according to several observers, the chain is pretty well doomed unless it makes some radical changes, and quickly.

Some of the reasons for Best Buy’s current struggles are well known. The economy continues to make people wary of making big ticket purchases, such as high-tech televisions or fancy digital cameras. The expansion of Internet retailers such as Amazon allow consumers to use Best Buy’s showrooms to check out the items and then order the same items for lower prices online. In addition, competitors such as Walmart use electronics as a loss leader—that is, the retailer prices televisions and audio systems very low, simply to get people in the store. Walmart also has introduced a layaway program for this year’s holiday shoppers.

But other reasons are specific to Best Buy. A retail expert notes that the stores are often messy and undersupervised, staffed by employees who offer little in the way of friendliness or expert service. Best Buy touts the value of its Geek Squad service offering, yet many Geek Squad desks in stores sit empty and unstaffed. Finally, at this point, Best Buy likely has too many stores. Although the company is in the process of closing 50 of the 1230 stores in operation, it probably needs to shutter even more to bring down its operating costs.

Still other reasons for Best Buy’s struggles involve its upper management. The past several years have seen multiple changes in the CEO position, including the resignation of one CEO after allegations of an inappropriate relationship with a subordinate. The founder of the company, who stepped down from the board this year, also has tendered an offer to buy any shares of the firm he doesn’t currently own. Instead, the firm recently hired a new CEO whose work experience has been in the hospitality industry, instead of retail.

The combination of influences, external, internal, and self-inflicted, do not paint a rosy picture for Best Buy.

1 thought on “Is It Time to Write an Obituary for Best Buy?”