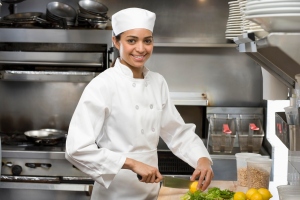 In the early days of radio and television, corporate sponsors of entire shows were a common sight. Even the man that most people credit with ensuring the popularity of television did not just appear on his own show; Milton Berle’s vastly popular variety shows were called Philip Morris’s The Milton Berle Show and Texaco Star Theater. But such dominant sponsorships today seem like nostalgic reminders of the past—a sort of joke that signals an earlier era of gathering around a single set to listen to a weekly radio show or wait for the latest episode of a television program.

We may need to reconsider our nostalgia. On Food Network in particular, the notion of show sponsorships is enjoying a resurgence. The most recent example came in an added, extra episode of Restaurant Impossible. Lexus provided all the funding for the episode, and viewers got to watch another installment of the show in which Chef Robert Irvine has $10,000 and two days to revive a failing restaurant.

For viewers, the appeal comes from receiving more content without a noticeable difference in the total amount of advertising. The Food Network gets funding (though the exact figures were not released). So what does Lexus get?

Its market research has shown Lexus that people interested in high-end, gourmet food and the types of shows that showcase it also are interested in luxury automobiles. In response, Lexus has developed a “culinary council” to consider ways to link culinary interests with smooth driving automotive sedans.