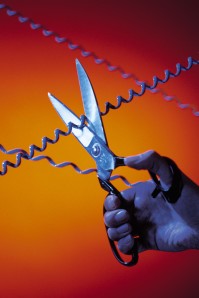 For many modern consumers, the only cable they want to worry about is the one that connects their wireless router to the power supply. Uninterested in a landline phone and more likely to stream television content at their convenience, these consumers seem unlikely targets for the bundled offers that cable companies promote, combining telephone, Internet, and television for one low price.

Yet many of them have just such plans. Specifically, at least 90 percent of U.S. homes pay for some form of in-home television service, whether from satellite, telephone, or cable companies. Why would consumers pay for services they don’t want and rarely use? The answer is often because the price to keep them all is lower than they price they would pay were they to separate out one or more of the bundled services.

Cable operators tend to measure their success on the basis of the overall revenue they earn from each home, through any channel they offer. Therefore, their goal is to ensure they have multifaceted access to and revenue streams from consumers. Furthermore, by increasing the number of touchpoints, cable companies believe that their customers are less likely to switch.

But from a different perspective, bundled offers make no financial sense at all. Approximately 90 percent of the revenues generated from the charges for broadband access go directly to profits, because once a network is operational, the costs of running it are minimal. In contrast, cable television services remain expensive to provide, because the cable company must pay for the rights to the content.

And yet, a significant proportion of cable subscriptions offer lower prices when consumers add television onto their Internet service. Comcast’s “Blast Plus” plan offers 30 megabits per second broadband service and a “digital economy” television upgrade for $50 per month. The company charges $70 for the same level of Internet access without any television.

Faced with this prospect, consumers generally shrug and accept that there is no reason for them to cut off their television (and sometimes their home phone), even if they rarely use these devices. Comcast and other operators seem fine with this choice, claiming that ultimately multiple use consumers are more profitable than single use ones.