From its origin as the developer of an app filled with cross-looking, 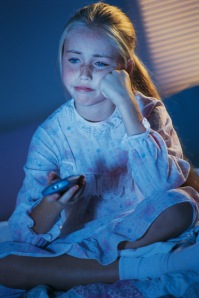 animated birds, the Finnish company Rovio is hoping to become a media and entertainment force. To do so, it is expanding its Angry Birds brands into more and more new realms, which ensures that angry fans can find their angry birds nearly everywhere.

The expansion started when the company began licensing reproductions of its angry avian characters in the form of stuffed dolls, pillows, board games, and Halloween costumes. Soon thereafter, it also purchased its own game developer and animation studio. With such independence, it could determine its own next moves.

The most recent is an animated video series that will air on its own Angry Birds Toon channel, through an agreement with Comcast. A new episode, released each week, will play first on the subscription channel, then be available through on-demand downloads and an affiliated website the next day.

The channel will be broadcast in 12 countries, but Rovio also has sought to avoid being limited to such traditional media channels. Therefore, when users download the latest update to the Angry Birds app, they will see a new button that unlock their mobile access to the latest video in the cartoon series. Another version of its app also will become available through Samsung’s Smart TV technology. Then in 2016, Rovio plans to release a full-length film, featuring, of course, the Angry Birds.

Thus far, its expansion appears generally successful. The company earned $106 million in revenue in 2011 and announced that it had more than doubled its staffing. But expanding into the entertainment business, beyond the app industry, means that Rovio will enter into competition with some big names. At the same time, it must find ways to remain relevant to a notoriously fickle audience, who can download the next big app with a swipe of their fingers.