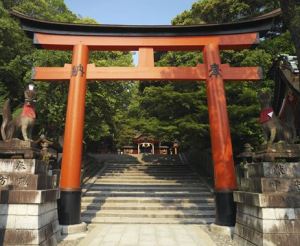 Jeffrey Katzenberg’s business card is a model of good global business marketing. On one side, it lists his name and contact information in English, atop the famous Dreamworks logo of a boy fishing from his seat in a crescent moon. On the other side, his name and information are translated into Chinese characters, and the fishing is being performed by a panda, atop a red moon.

In his efforts to break into the Chinese movie-watching market, the chief executive officer of Dreamworks Animation has dedicated substantial time and effort to developing a joint venture with China Media Capital. The venture will feature both production and investment functions. In particular, its production studio is slated to complete the animation for the third Kung Fu Panda movie in coming months.

Another project entering production is a live action film, Tibet Code, based on a series of adventure novels, set in nineteenth-century China. Dreamworks hopes that the first movie will lead to a blockbuster series, in the tradition of Indiana Jones, but one that actively embraces and reflects Chinese traditions. The story and action seek explicitly to appeal to Chinese audiences, where the value of box office receipts will likely surpass that of U.S. box offices by the end of this decade.

The joint venture also represents a strategy for circumventing the strict limitations that China places on imported movies. Specifically, imported firms may not take more than 25 percent of their earnings from films out of the country. In addition, national censors strictly limit the distribution of some films or require that moviemakers re-edit films to meet their standards. A film produced in cooperation with a Chinese studio is less likely to encounter such challenges, and the movie itself can align with Chinese norms from the moment it is being shot.

Yet this successful marketing collaboration also raises some questions about the relationship between Hollywood and Shanghai. China has strongly condemned films that depict Tibet’s spiritual leader, the Dalai Lama, in a positive light (e.g., Seven Years in Tibet, Kundun). For Western human rights activists, collaborating too closely with China’s central government might mean granting too much authority to it as well.