For several decades, studies have shown that women outperform men scholastically, earning higher grades on average and graduating from both high school and college at greater rates. Perhaps unsurprisingly then, recent studies show that more married women in Western economies are outearning their husbands in the workplace—and a primary result may be an increase in the divorce rate.

These shifting demographic trends suggest several implications for marketers. First, more women work, and more of them, continuing their success in school, are moving into the highest executive ranks. Although men still vastly outnumber women in the boardroom, some notable exceptions suggest that the proverbial glass ceiling is at least starting to crack.

Second, whereas once women’s incomes tended to be supplemental additions to 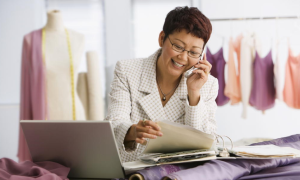 household budgets, today approximately 15 percent of married women earn more than their husbands. This trend suggests the need for a radical reconsideration of certain targeting tactics. For example, women who earn more in the household likely have more say over purchases, both big and small, and may feel more freedom to make purchase decisions that appeal to them, rather than giving their spouses the final say.

Third, this situation apparently creates some problems at home. A recent study indicated that most men continue to believe strongly that they should earn more than their wives. When they do not, the result may be that the women cut back their hours or shift to part-time work. This solution has significant implications for employment rates and productivity. Alternatively, if women refuse to reduce their incomes and men continue to protest, the situation may lead to divorce: In a sample of couples, the overall divorce rate was 12 percent, but the rate among couples in which the wives earned more than the husbands jumped to 18 percent.

It may be easy to assert that we have reached, or at least are coming closer to, a point of gender equality. Even as labor force trends reinforce this notion though, we find that people’s perceptions, beliefs, and values may resist it. If men believe they should make more than their spouses, professional women face an unpleasant and challenging dilemma: Limit their marriage options, or make less money than their true earning potential.