The idea that “A mind is a terrible thing to waste” is a familiar notion to generations of students who have been encouraged by the UNCF to find ways to fund their college education. Since it was first introduced in 1972, the slogan has gain broad awareness and garnered significant contributions to the College Fund. But to address changing attitudes and demographics, the UNCF decided to enhance the familiar.

The revision offers a nod to charitable donors who might like feeling good about their contributions but also want to know how they are actually making a difference. It also seeks to emphasize the notion that a well-educated population is necessary for the future success of businesses and the country, not just a charitable issue. Finally, it attempts to emphasize just how important college is for young students. Thus, the recently unveiled slogan now reads:

“A mind is a terrible thing to waste but a wonderful thing to invest in.” 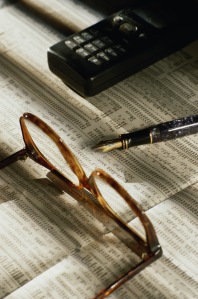 It suggests to donors that they can regard their contributions to the College Fund as an investment that will pay off. The advertising agency in charge of the new campaign also gathered quantitative evidence in support of such presentations. For example, it found that African American students who only finish high school earn approximately $500,000 less than their peers who complete college. Further estimates indicates that for every $10 a donor invests in the UNCF, the benefits for society could be as much as $102.

For students, the campaign highlights current college attendees and qualified high school students, who emphasize the importance of financial aid in enabling them to attend school, as well as the benefits for them, their families, and wider society. Although the UNCF notes that it has assisted approximately 300,000 students with financial aid for college, it also recognizes statistics that show that university attendance rates among African-American students remain consistently lower than those of other demographic groups.