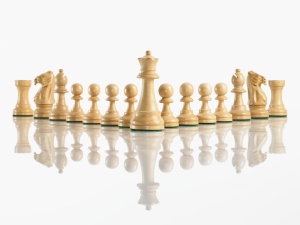 Ever heard of Magnus Carlsen? If not, you probably don’t follow the highly competitive, cutthroat sport of world-class chess.

But in the chess world, Carlsen is a deeply appealing star: a young (22 years of age) grandmaster from Norway who regards chess as on par with any other sport. Thus, he is willing to engage in the sort of marketing tactics better known in more widely popular sports, such as baseball, basketball, or golf. He joined Liv Tyler for a modeling shoot for a clothing line. He hung out with Jay-Z. He sports shirts and blazers that are festooned with sponsors’ names. He appeared in a special segment on 60 Minutes. And oh yeah, he wins, earning him the highest chess ranking of all time.

Part of Carlsen’s appeal stems from his distinctiveness: Chess grandmasters have traditionally tended to be Russian, with names and demeanors that Western consumers have struggled to acclimate with and accept.

But Carlsen brings a light-hearted attitude to the game. For his sponsors, he often agrees to host round-robin tournaments, as long as they do not conflict with his playing schedule. Corporate events feature dozens of amateurs, seated in a horseshoe shape, who delight in playing (and losing to) Carlsen simultaneously. In one event, the promoter came up with a attention-grabbing promise: Anyone who beat Carlsen would have his or her student loan debt erased! (It didn’t happen.)

As a result of his well-planned and professionally executed personal marketing strategy, Carlsen makes approximately 60 percent of his $1.2 million annual earnings from endorsements. He continues to grace the covers of chess magazines, though his apparent goal is to move beyond the sport. In this sense, he regards himself “more like a modern sports star who wants to have fun than like a traditional stereotype of a chess player … a global person,” according to his manager.

If he succeeds in becoming a global brand, more and more people might find themselves answering the question that opened this abstract in the affirmative.