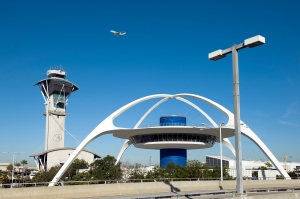 Airline companies already collect most of the data that other sellers are desperate to access. Because of the security regulations surrounding modern travel, they know every customer’s birthdate, identification number, and address. By simply tracking what customers do with the company, they can also readily learn vast behavioral information, such as where the passenger tends to travel, at what times of day, and in which seasons, as well as what the flier likes to drink and how much luggage he or she tends to bring along.

It’s a vast treasure trove of customer data. But until recently, airlines have done very little with this information, in terms of marketing to customers. That gap appears to be shrinking though as airlines recognize that they have a captive audience, stuck for several hours with no means to escape while they proffer their sales pitch. For example, Allegiant Air takes to the intercom system on flights to Las Vegas to tout tickets to fabulous shows, rental cars, and helicopter tours. In the first six months of 2013, it sold $21 million worth of such products.

Other airlines are focused more on selling their own products and upgrades. JetBlue plans to equip flight attendants with handheld devices so that it can engage in better inventory planning and determine exactly how much of which beverages to stock on each flight. United hopes to use its collected data to identify and target the passengers who are most likely to grab the opportunity to upgrade to an economy-plus or first-class ticket when they arrive at the airport.

But a captive audience also can quickly start to feel captured, instead of captivated. Because airlines gather so much personal information, and passengers have no means to opt out of providing it, overly intrusive uses of these data quickly seem creepy. A flier entering the cabin and hearing the flight attendant welcome her by name might feel as if the company is stalking her. But another passenger who receives a vegetarian meal because the airline recognizes the pattern of his meal choices in the past might greatly appreciate the convenience. The challenge of finding the right balance is perhaps best summarized by one passenger’s comment on a customer survey conducted by Quantas: “I do want you to know how I like my cappuccino, but I don’t want you to know my dog’s name.”

1 thought on “Customer Data in the Air: Just How Friendly Do Customers Want the Skies to Be?”