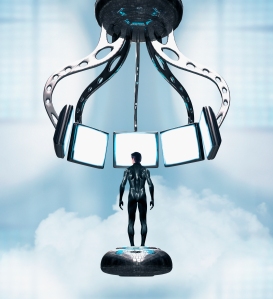 As their computing power and security demands escalate, few businesses want to maintain their own hardware and servers anymore. Instead, they look to the cloud, where they seek to purchase more computing power, provided at a faster speed, with lower costs.

In response, traditional mainframe providers such as IBM are moving to expand their presence in the cloud. In particular, IBM has devoted billions of dollars to enhancing its cloud capabilities. First, it purchased a cloud company called Softlayer, to add that firm’s 13 cloud computing centers to IBM’s own 12 data centers, for $2 billion. Second, it announced recently that it would allocate an additional $1.2 billion this year to expanding its cloud computing centers worldwide.

The services provided by these cloud centers will include not just power and data storage but also access to some of IBM’s proprietary software and related products. Perhaps most famously, for some of the best IBM clients, it will offer access to Watson, IBM’s famous, Jeopardy-winning computer.

The Singaporean bank DBS Group Holdings plans to use Watson to provide up-to-date insights and lessons to its financial planners, who in turn will share that information with high net worth clients. With Watson analyzing the massive amounts of financial data available in nearly real time, DBS hopes to improve the customized advising services it provides to wealthy clients, who then may agree to do more of their investing with the bank. To gain this access, DBS will pay around $12 million over three years. It also agreed to share its own data, contributing and updating Watson’s knowledge stores constantly.

Watson’s contribution to this shift in emphasis is so notable that IBM has decided to establish a separate, “Watson unit.” Rather than separating employees responsible for software, hardware, and services, this division will bring together approximately 2,000 employees to address all topics related to Watson. Furthermore, the division has a budget of approximately $100 million to use to fund venture projects that develop apps based on its technology platform.

1 thought on “Clouding Over the Computer: IBM’s Revised Focus and Spending Allocations”