The U.S. Olympic speed skating team arrived in Sochi with the promise of years of technology innovations literally on their backs. Their suits, made by Under Armour and equipped 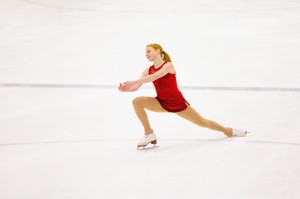 with advanced, space-age technologies, were widely reputed to lead to a rash of victories, and maybe even an unfair advantage for the wearers. The brand touted its collaboration with the skaters and marketed the Mach 39 suits as the cutting-edge option for competitors.
But when the medal tallies came back, not one American speed skater had won a race. During the Games, Under Armour technicians worked with the skaters, implementing modifications they requested, just in case some of the designs were faulty. For example, they covered a vent in the back of the suits, which had promised to decrease drag but that some athletes worried was doing the opposite. When none of the modifications worked, Under Armour pulled out the suits it had created for the last Olympic team, four years ago (and in which several skaters cruised to victory). And still—nothing.
The failure could have been a public relations disaster, and many of the options Under Armour faced were unappealing. It could not blame the athletes for their poor performance; that would anger not only the team but also patriotic fans hoping for U.S. victories. It could not admit that the design was flawed, especially because the company still believed in the better performance provided by its suits.
Instead, Under Armour devised a multi-phased public relations plan. First, it would defend its suits, without laying any blame at all. High-level executives from the company were readily available to anyone with questions, and in every interview, they simply stated, over and over again, that the skating suits were the best available. Second, it put endorser athletes from other sports, such as skier Lindsay Vonn and swimmer Michael Phelps, in front of cameras, talking about how much they loved the apparel Under Armour made for them. Third, it publicized an official report by the U.S. Speedskating Association that determined the suits were not the problem. It also widely shared the news that U.S. Speedskating had agreed to an eight-year extension of their sponsorship deal—a deal that Under Armour ensured would take place by making the financial details really appealing to the association.
As a result of its proactive, confident approach to the potential crisis, Under Armour actually suffered little damage to its reputation as a provider of cutting-edge athletic apparel. Instead, it burnished its reputation as a scrappy competitor, determined not to let setbacks keep it from the finish line.