The western mystery show Longmire, aired on the A&E cable network, had a lot going for it. It was based on a series of best-selling books, featured an appealing hero, and attracted an average of 5.6 million viewers per show—quite a substantial number for a basic cable channel. And yet A&E cancelled the show, refusing to renew it for a fourth season, citing as one of its reasons that its primary audience, which had a median age of 60 years, simply did not reflect its target market of 18- to 45-year-old viewers.

The 18–45 year demographic is famously appealing to television networks, because this age group appeals most to advertisers. Thus virtually every network, whatever its general theme or concept, aims to attract viewers whose ages fall within this three-decade range. To do so, they often pursue shows that offer edgy, controversial, or exciting content. 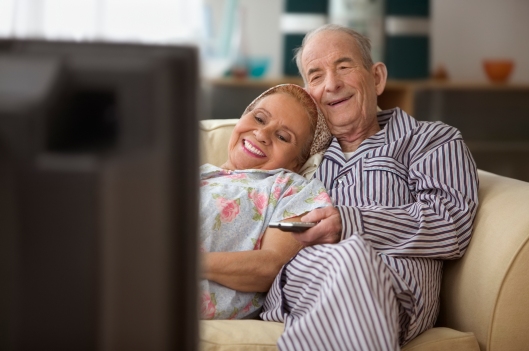 Longmire had none of those traits. A relatively straightforward procedural, its titular main character was a traditional hero, rather than a tormented antihero. As the show’s executive producer readily noted, “This is not a cynical show.” Possibly as a result, it was very popular among older audiences, who enjoyed the linear narrative and appealingly clever lead detective.

Such audiences may find themselves with less and less to watch though, because Longmire is not the only show A&E cancelled despite its high ratings among older viewers. It also gave the ax to The Glades, another option that viewers older than 60 years tended to tune in to watch. Nor is A&E the only network to avoid targeting a Baby Boomer audience; even when its show Harry’s Law garnered strong ratings among this cohort, NBC cancelled it after just a couple of seasons.

Without generalizing too broadly about older viewers, they appear less interested in unscripted or reality shows, which may leave them out of luck. The latter are far less expensive to produce than scripted dramas and thus continue to spread across networks, including A&E, which hosts the reality show Duck Dynasty.

Are networks’ moves to cancel shows that appeal mainly to older audiences justified?