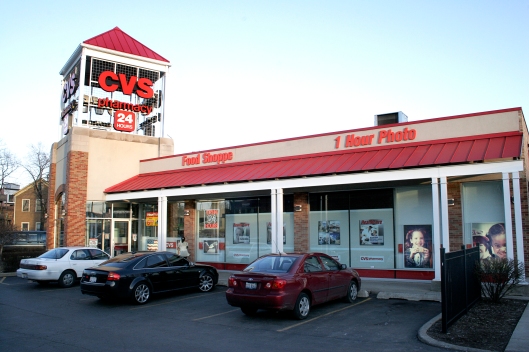 In these abstracts, we have been following closely the decision by the national drug store chain CVS to phase out all sales of tobacco products and rebrand itself as CVS Health, a broad-based provider of health care services. A key piece of the provider network puzzle fit in when CVS purchased Caremark, a pharmacy benefits operator. Now, through Caremark, CVS Health is encouraging customers to patronize only pharmacies that refuse to sell tobacco (such as CVS outlets), by offering discounted copayment charges for prescriptions medications obtained through those stores.

Specifically, for people enrolled in Caremark pharmacy plans, the copayments for prescriptions obtained a non-tobacco outlets can be up to $15 less than the same purchases made through drug stores that also sell tobacco. Obviously, CVS stores are among the former group, as are some independent chains and Target. However, buying medications from competitors such as Walgreens and Rite Aid, which continue to sell tobacco, would leave consumers with a higher bill.

The city of Philadelphia already has embraced the tobacco-free network offered through CVS Health, noting that its goal is to encourage its employees to end their tobacco use anyway. Other actors are a little less enthusiastic, including local drugstores that claim they cannot effectively communicate whether they carry tobacco or not, so customers are unlikely to visit them, even if they would not be subject to the $15 premium.

In addition, some suggest the move limits competition. By making it substantially more expensive for consumers to obtain their prescriptions from other chains, the Caremark division grants its affiliated CVS retail arm a powerful advantage. Although CVS’s purchase of Caremark prompted a review by the Federal Trade Commission, for fear that it was anti-competitive, the merger was allowed, and CVS Health has not been affected.