By leveraging the massive amounts of data available about voters, political campaigns have gotten remarkably good at targeting. They can find a voter interested in a particular topic and send a message to him or her through various channels. The problem is creating enough messages to send.

That is, if a politica 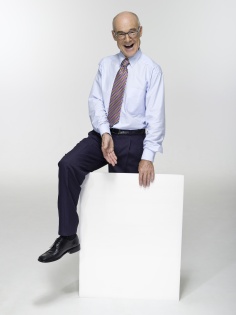 l campaign can identify the gender, political attitudes, financial status, and residence of a potential voter—among other things—it should appeal to that person according to those characteristics. Instead, many campaigns simply run similar advertisements for all target markets. They engage in segmentation and even a form of targeting, but they fail to ensure that the targeted communications appeal uniquely to the different segments.

The challenge is particularly acute during election cycles, because the key content changes so quickly. Candidates must respond immediately to new events and controversies, as well as respond promptly to attacks by their rivals. Trying to create distinct content for all of the many segments of voters that exist in the electorate is simply too massive of an undertaking, even for the best run campaign.

Instead, the best bet might be to take a page from traditional product marketers and develop several communications that can appeal to the most promising “consumers” and voting markets. According to one consultant, “The savvier campaigns are looking at all of the data and then finding their path to victory, and it may be just targeting five key groups.” But one recent successful campaign targeted about 20 voter groups mainly through digital channels, with approximately 4000 Facebook advertisements, as well as 300 different banner ads.

This massive undertaking also reflects a shift toward Facebook as a primary political channel. When Facebook users indicate that they like MSNBC versus Fox News, it is clear to politicians which way they lean politically. Thus one campaign found a segment of self-identified Second Amendment supporters on Facebook and sent them advertisements emphasizing gun rights, then established another campaign to convince Spanish- and Vietnamese-speaking Facebook users to visit the candidate’s dedicated language websites.

Although campaigns thus benefit greatly from the wealth of data now available about voters, their efforts cannot stop there. They still need to develop creative, appealing content for each segment, as well as make sure that the content gets transmitted through the appropriate channels. A serious argument may be less effective on Twitter or Facebook than it would be communicated through an editorial published in a newspaper for example. But the digital channels also tend to attract wider audiences. If a candidate who wants to reach a huge audience is limited to 140 characters, the content of the political discourse seemingly might suffer.

Despite these similarities, what are some ways that political campaigns differ from traditional marketing campaigns for products or services?