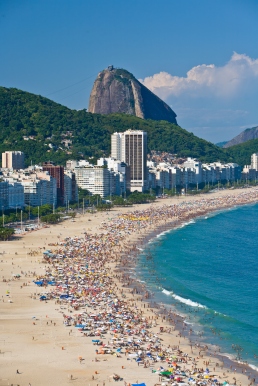 Brazil is one of the largest Internet markets in the world. It ranks third in terms of the amount of time consumers spend online and fifth in its number of Internet users. But for the hundreds of Brazilian Internet firms that want to hire local talent, the country offers little opportunity.

A shortage of talented technology engineers, website developers, and social media gurus is a worldwide problem. Job candidates with good skills and strong educational backgrounds are the targets of vast numbers of tech companies that constantly seek to hire more talented human resources to grow and expand their markets. However, for Brazil, the problem appears especially acute, which may be because of the country’s weak educational system.

Whereas in the United States, 40 percent of people between 25 and 34 years of age have earned college degrees, in Brazil that rate is only 12 percent. In addition, few of these Brazilian college graduates pursue degrees in computer science. Those that do have their pick of jobs in a range of well-established industries. For example, pay ranges for technology engineers in the oil industry average about $90,000, which likely is more appealing than potential stock options at an untested start-up firm.

If they do want to pursue a start-up route, these engineers likely look to better established markets, such as Silicon Valley. The problem is so widespread that even U.S. companies in Brazil, such as Google, have trouble recruiting enough talent. Currently, Google’s Brazilian branch employs about 100 programmers; it hopes to double that number but struggles to find qualified candidates.

For some firms, the answer is to outsource, even if they do so begrudgingly. In this developing nation, many companies would strongly prefer to hire local talent, to help increase the quality of life of their surrounding areas. But if the talent is all located overseas, Internet developers may have little choice but to move their hiring practices there as well.

What can countries such as Brazil do to improve the situation for their high-tech industries?