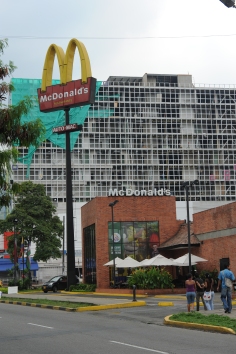 Lots of companies say that they listen to their customers. To prove its claim, McDonald’s initiated an integrated marketing campaign in which it created channels for consumers to ask questions, then made the answers readily available. The risk in the strategy was lacking control over what kinds of questions people asked, but as the company’s senior director of U.S. marketing explained recently, the campaign is about more than advertising; it is “fundamentally about an ongoing two-way communication with our customers.”

The “Our Food. Your Questions” campaign placed kiosks in major cities, where passersby could ask challenging questions, including “What’s really in your hamburgers?” or “Do you use dye in your shakes?” McDonald’s issued immediate responses to the individual questioners but also posted the questions and answers online. At the same time, it broadcast recordings of these interactions as television commercials and on YouTube, seeking to expand the reach of its truth-telling campaigns. In just a few months, McDonald’s posted responses to more than 25,000 questions through various social media, and it announced that 19 million people had watched question videos through YouTube.

Then building on the notion of the “Your Questions” campaign, McDonald’s announced that it had a new brand vision. Rather than highlighting the billions of customers it had served—long a standard on the brightly lit signs for the restaurant—it wanted to focus on the billions of customers it heard. The new brand vision was designed to fit with its existing advertising tagline, “I’m lovin’ it,” to ensure consistency and flow across all its brand communications.

Is “billions hear” a more appropriate metric than “billions served”? Why or why not?