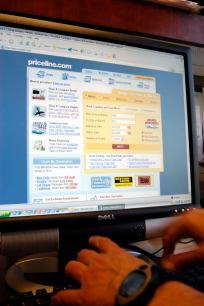 By some accounts, Yelp is an incredibly successful company. It has spanned the online and mobile channels effectively, and it attracts millions of users and reviews daily. For many consumers, it is the first source of information they check when they want to find someplace to eat, need to know the location of the nearest gas station, or want unbiased reviews of service providers.

But by another measure, Yelp is in trouble. Its business model relies on advertising by local businesses. That is, by paying Yelp a fee, the local burger joint or mom-and-pop pizza place can ensure their position at the top of relevant searches. By some estimates, 70 percent of small advertisers on Yelp try it for a year and then stop. That means that the search engine is struggling to become profitable and attract enough advertisers to keep itself running.

It is not the only site facing such challenges. Angie’s List similarly relies on advertising by local service providers, but it suffered a $12 million loss last year, even as it earned revenues of $315 million. Groupon and Foursquare also have yet to make a profit, despite the popularity of the reviews, information, and services they provide.

For Yelp, the ongoing challenges suggest a move that the company rejected just a few years ago. In 2009, Google offered to buy it for a reported $500 million, an offer that Yelp rejected. It undertook its initial public offering in 2012, and it enjoyed a few quarters of profitability. But Yelp also alleges that Google purposefully writes its search algorithms to push Yelp reviews further down the page, granting preference to the review sites that Google created on its own after its bid for Yelp failed. Yelp calls such moves anticompetitive, though no charges have been brought.

Whatever the reasons, now that it appears that the solitary route is not going to work, Yelp is seeking a buyer that would be willing to infuse it with cash and help it maintain its operations. The promise of the site is substantial; the value of the millions of reviews that are available through Yelp is nearly incalculable.