When it first started operations, BuzzFeed focused on creating or aggregating content that it believed was likely to go viral. Its mandate was clear, and its goals were evident. But as the site has grown, it also has sought to shift its identity, to become an actual news organization that reports on stories of general interest and import for a wider public, not just the top ten cutest kittens. In so doing, the goals and priorities of its editorial and its business divisions are coming into some conflict, and the outcomes are raising questions about the validity of its approach. 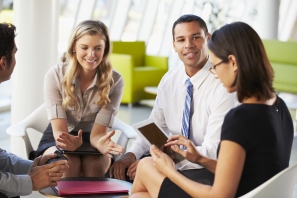 BuzzFeed editors take down posts for various reasons, including technical issues or the presence of inappropriate content. Defining what makes content inappropriate is a point of contention though. In at least five instances, editors decided that content that was critical of brands or companies that also advertised with BuzzFeed should be removed. In several of these cases, BuzzFeed employees who work on the business side, usually directly with the companies being mentioned in the critical posts, contacted the editorial side and requested that the posts be removed.

Two of the posts later were reinstated, after the editor-in-chief decided he had acted too hastily in pulling posts that criticized Dove and Hasbro, both companies that advertise on the site. However, in three instances, the editor defended his decision to pull the posts. For example, a post entitled “These Brands Are Going to Bombard Your Twitter Feed on Super Bowl Sunday” came down because it was critical of advertising content that BuzzFeed itself had created for Pepsi. In explaining this choice, the editor-in-chief noted that editorial content critical of advertising or marketing colleagues’ work was inappropriate.

Another example involved a review of advertising by Axe Body Spray, in which the post author essentially accused the brand of advocating rape in its controversial advertisements. In addition to pulling the post, BuzzFeed fired the author.

These questions likely resonate with more traditional, television news channels, which have long struggled to maintain independence and the pursuit of the common good, even in the face of pressure from network executives that hope to increase viewership. These arguments have been the source of conflict between journalists and the business divisions of media companies for decades. But the newest battle in this conflict is moving into a new context, making the outcomes uncertain and of interest for anyone who consumes news content with the hope of receiving objective information.