The Swedish furniture retailer IKEA is already quite successful. But it also is determined to meet ambitious growth goals that it set for itself in its most recent marketing plan, including a promise to achieve sales of $56.2 billion by 2020, which would require nearly 10 percent growth every year until then. In recent years, its growth has averaged around 5 percent. 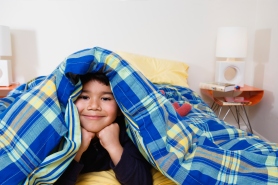 How does an already large company literally double its growth rate? It starts by looking at the things it can control, including its supply chain practices. When the CEO of IKEA asserts, “We hate air,” what he means is that the company wants to eliminate any dead spaces anywhere in its packaging and shipping containers. Thus for example, it redesigned a popular sofa to come sold in pieces, instead of a single unit. In so doing, it could fit all the pieces into a much smaller box, without any dead air in the box. The smaller boxes in turn allowed the company to fit more units onto trucks, reducing the number of trips required to restock stores.

Size is not the only issue though; weight also increases transport costs. Therefore, IKEA engineers switched out solid table legs with hollow ones, reducing both the weight of the tables in shipping and the amount of raw materials required to make them. In turn, it passed the cost savings on to customers, encouraging more people to purchase the lighter weight but otherwise similar products.

The concern, according to several commentators, is that if IKEA only pursues the most efficient packing design, its famous reputation for requiring shoppers to spend all night putting their furniture together will reach a level of alienation. There is only so much frustration consumers will accept in building their inexpensive furniture before they agree to pay a little more to receive an already-completed bed or bookshelf.

But IKEA believes it can find the right balance between engineering efficiency and appealing to customers. Its product designers keep packaging considerations in mind from the moment they start creating a new product, and they leverage design software that helps them identify and re-imagine optimal shapes and sizes for various product components.

In addition, efficiency is not the only route to growth that IKEA is pursuing. It also plans to expand into new regions, such as India, and increase online sales or else click-and-collect options that allow people to order online and pick up items in the stores. Furthermore, it strongly believes that its efficiency efforts ultimately lead to better products, at better prices. That’s a nearly irresistible recipe for growth.

Why is packing so very important for IKEA?

1 thought on “Why Does IKEA Hate Air? For a Very Good and Fiscally Responsible Reason, Actually”