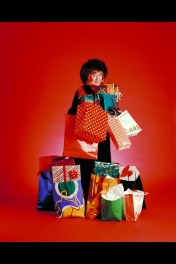 The day after Thanksgiving has long been a retailing dream, known widely as Black Friday (to signal the day that many retailers get out of the red and into the black, terminology that means their revenues exceed their costs). Consumers throng to stores, looking to start their holiday shopping, find great deals, and work off some of their Thanksgiving meal. The incredible revenues earned on this one day each year are so appealing that some retailers have sought to extend the moment by opening on Thanksgiving Day as well. Those that do so assert that they are giving customers what they want, and the sales data suggest they are right.

However, this expansion of Black Friday also has prompted backlash from various groups. Some of the most vocal are retail employee groups, who complain that rather than enjoying their holiday, the retailers’ moves force them to work long and difficult hours, with no additional recompense. In most industries, working on a holiday would involve overtime or special requests, but some retailers demand that their workers treat it as just another day.

The negative response to such attitudes is powerful enough that some retailers are swinging the pendulum to the other extreme. A few have committed not to open on the holiday itself, including GameStop, Staples, and IKEA. But two outdoor sporting goods brands, Patagonia and REI, are going even further. They have announced that all their stores will be closed on both Thanksgiving and Black Friday. Furthermore, REI will be paying its employees their wages for Black Friday, without requiring them to show up for work at all.

The decision to do so was not made easily. The CEO of REI admitted freely that the retailer would “miss the sales” it has enjoyed in previous years on Black Friday. But he also argued that the meaning of the REI brand was to encourage people to get outdoors and enjoy nature. By giving employees a paid day off, he hoped to grant them time to do just that with their families.

For those families who instead enjoy time spent indoors, grabbing great deals, there are plenty of options remaining. Target, Macy’s, Kohl’s, Walmart, and JCPenney all note that their stores will be open throughout the holiday weekend, including on Thanksgiving Day.