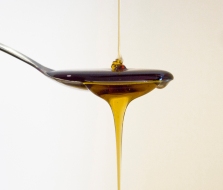 Which is worse for you, sugar or high fructose corn syrup? In decades past, consumers sought to reduce the amount of sugar in their diets, prompting the development of substitutes, artificial sweeteners, and the expanding uses of corn syrup as a way to add sweetness to a product without including the word “sugar.”

But as scientists and consumer health advocates got the word out about the concerns surrounding the consumption of high fructose corn syrup, consumers’ preferences changed. They sought to avoid foods that listed such sweeteners among their ingredients, and they embraced anew the idea that sugar—especially cane sugar—was a more natural form that ultimately would be better for them.

In response to this shift, several years ago the corn industry initiated an advertising campaign that featured healthy-looking people strolling through corn fields and asserting that human bodies processed sugars produced by cane and sugars produced by corn in exactly the same way. Along with the tagline, “Your body can’t tell the difference,” the advertising campaign attempted to rebrand high fructose corn syrup as “corn sugar.”

According to the sugar industry, these advertisements were misleading, designed to undercut the reputation of cane sugar and disrupt the “goodwill” it enjoyed in customer markets. The corn industry fired back, alleging that sugar producers were misleading consumers into thinking that cane sugar was somehow healthier than sugars made from other products.

Although the court cases are ongoing, the court of public opinion appears to have made its decision. As consumers more actively read labels, consumption of high fructose corn syrup has decreased to 5.2 billion metric tons—which seems like a large number, until we realize that consumption levels were at 6.7 billion metric tons just a couple of years ago. At the same time, many consumer goods companies have removed corn syrup from their production processes and advertise that their products are “natural” because they do not contain it. For example, Heinz promises that its ketchup avoids high fructose corn syrup, and both Coca-Cola and Pepsi have introduced line extensions based on the promise of being made with “real sugar.”

Even as these consumer trends have invoked changes in the market, predictions suggest that both the corn and the sugar industries might have bigger problems to address. A recent survey revealed that consumers considered excessive sugar in their diets a primary concern, more pressing than the consumption of too much fat. If they simply go to sugarless diets, it might not matter what farmers call the sweetener.