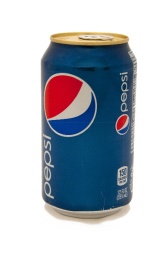 With the assertion that, despite some sales declines, people still love their carbonated beverages—whether they call them sodas, colas, pop, or something else—PepsiCo. is working to expand the market with high-end and special edition product offerings. The idea is that some space remains in the ongoing cola battle for premium consumers who want something a little distinctive and unique, rather than just the same mass-marketed brands.

For Pepsi, that means creating a range of smaller, distinctive cola options. For example, it recently introduced Caleb’s Kola, which features African kola nuts, cane sugar, and unique spices, along with a slight citrus flavor.

The pseudonymous Caleb in that Kola also may be the inspiration for Pepsi’s next rollout. It has applied for a trademark for the name “1893 from the Makers of PepsiCo.” Although the meaning of the trademark has not yet been confirmed by the company, savvy observers recognize 1893 as the year that Caleb Bradham started selling his “Brad’s Drink,” which then became the first iteration of Pepsi-Cola. This original drink contained sugar, caramel, water, lemon, and nutmeg and was widely popular among the customers who visited Bradham’s drug store in North Carolina.

Although both Caleb’s Kola and the 1893 line appear to hearken back to Pepsi’s past, another recent launch of a premium option played on its future. Noting the arrival of Marty McFly day (i.e., the future date set in the modified DeLorean time machine at the end of the first Back to the Future film), Pepsi introduced a very limited run of “Pepsi Perfect,” which was the version of the beverage available in the anticipated future depicted in the second entry into the movie series. With a production run of only 6500 bottles, Pepsi Perfect was tough to get, offering a clear distinction to those lucky few who snagged the collectible bottles in time.

Both Caleb’s Kola and 1893 appear designed to be somewhat broader in their distribution. In another, similar move, Pepsi announced that it was developing an additional line, called Stubborn Sodas, as well. Thus in its efforts to address declining consumption, Pepsi evidently is diversifying, seeking to appeal to those who dismiss mainstream tastes but love the notion of something special and nostalgic to drink.

What kinds of sources is Pepsi using to develop new product ideas in these examples?