Whatever a person’s personal beliefs, the concept of God is widely familiar and recognizable, especially in Western markets that share a generally Judeo-Christian culture. Noting the nearly universal familiarity of the notion, some marketers seek to leverage religious ideals and norms—whether sincerely or satirically—in their advertising, with varying levels of success.

Some examples are simple: Local businesses might feature a cross or ichthys (i.e., the “Jesus fish”) on their signage. Companies could include Biblical quotes or religiously inspired beliefs in their mission statements. Furthermore, the founders of some firms, such a Chic-Fil-A, make their religion central to their very brand identity.

In broader advertising campaigns, the implications can be somewhat more complicated. For example, Dodge Ram’s “Farmer” campaign, introduced during a recent Super Bowl, included a two-minute spot that featured artistic photographs of farm life, while in the background, the late radio personality Paul Harvey was heard reading his famous, “So God Made a Farmer” speech. The earnest, folksy speech takes the Genesis myth and extends it to an eighth day, when God realizes the need to create “a farmer” to manage all that has been created before. The sincere marketing did not signal that it was an advertisement for Dodge or Ram trucks until the very end, when a logo appeared on screen. In addition to its wide reach through the Super Bowl, the ad was viewed online 18 million times in just 10 days, and Ram executives noted the many expressions of appreciation that the company received from actual farmers. 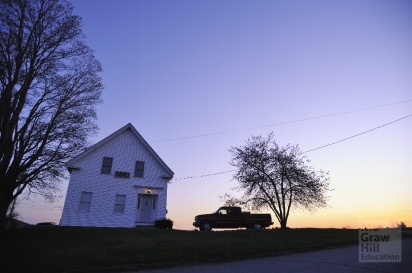 Consumers also commended the Saint Thomas Health system in Tennessee for commercials that featured Titans quarterback Marcus Mariota pointing to the heavens, symbolizing appreciation, while a Biblically sourced tagline, “Nothing shall be impossible,” appeared on screen. But the Catholic hospital chain also acknowledged that some viewers found the spot too overtly Christian in its symbolism, leading them to question whether the service providers served people of other faiths and belief systems as well.

Whereas these campaigns attempt to include religion sincerely in their marketing appeals, other communications seek to poke a little fun at the notion. In one Red Bull campaign, an animated Jesus revealed that he was actually stepping on stones, not walking on water, and when he tripped, he invoked his own name in a frustrated oath. The spot premiered in South Africa, but after receiving numerous complaints, Red Bull pulled it rather than running it elsewhere.

God is nearly as clumsy in a marketing campaign for Mophie, which sells accessories for smartphones. Images of African snowstorms and dogs walking humans on leashes precede a hint that God’s smartphone has run out of charge, leaving the world in chaos. As the humorous ad suggests, “When your phone dies, God knows what could happen.” With a focus on the well-known frustration of a dead battery, together with an implication that even divine forces might be subject to the same daily irritations that consumers experience all the time, this campaign evoked far less negative reaction, even with what some people could consider mild blasphemy.

Although God and religion thus might be extensive in their reach and awareness, the challenge for advertisers is ensuring that their target audiences appreciate these concepts in the same way. For Christian believers, blaspheming or making jokes about Jesus might be deeply offensive. For consumers of other faiths, the apparent prioritization of solely Christian views might feel exclusionary. And for people who identify as atheist or agnostic—who now constitute nearly one-quarter of the U.S. population—any mention of religion might evoke negative reactions. Such campaigns thus appear to entail high risk, as well as the promise of great rewards in the here and now.