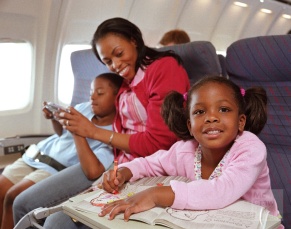 For years, even as Southwest and JetBlue beat the major airline carriers on price, the big names like United, American, and Delta Airlines ignored the threat. They could do so because their offerings differentiated them from the low-cost competitors: They provided more amenities in flight, tended to fly to more desirable hubs, and allowed consumers who preferred an assigned seat to know where they would be sitting. But the airline industry continues to change, such that new competitors and the expanded offerings from existing ones are forcing the major carriers to take a closer look at revising their own pricing strategies.

A few trends are driving this price revolution. First, new, no-frills, low-cost airlines like Frontier and Spirit have introduced price points that are dramatically below traditional fares. In some cases, they promise one-way fares for less than $20. Of course, those no-frills fares truly have nothing added; passengers must pay extra fees for any checked or carry-on luggage, as well as for a simple seat assignment. But the very presence of such low fares gives consumers the perception that paying hundreds of dollars for the same route may be unnecessary or unreasonable.

Second, the airlines have come to recognize that a substantial portion of their passengers are highly price sensitive. Whereas in the past, they focused their marketing and pricing tactics on frequent business travellers, whose companies paid the tab, today they are beginning to pay more attention to infrequent leisure travellers, who are highly price sensitive but who also account for approximately half of the airlines’ revenues. For these consumers, who might be heading to visit grandma over the holidays or taking a one-week summer vacation with the family, getting there with the least expense is the most appealing option. Accordingly, they have been abandoning the major carriers in droves, preferring low-cost, no-frills alternatives that don’t cut too much into their vacation budgets.

Third, existing competitors have been stepping up their games as well. Southwest still maintains a low-cost model, but unlike most other carriers, it does not charge an added baggage fee. It also has been extending its reach into popular hubs such as Dallas, where it increased the number of seats served by nearly 50 percent in the past year.

In response to these trends, the big three airlines are redesigning their pricing structures. Delta’s Basic Economy fare is available mostly on routes that the discount airlines also fly. In exchange for the lower price, passengers lose the right to make changes to their itinerary, and they cannot obtain seat assignments in advance. Both American and United have indicated that they are developing similar economy fares, to widen the range of prices consumers can access.

In addition to lowering the prices they charge consumers, the major carriers are seeking to increase the number of seats in each plane. This move increases their capacity and the supply provided, but it also lowers a critical metric in the airline industry, referred to as unit revenue. This measure reflects the amount of revenue that an airline earns for each mile flown by each passenger. So even though the airlines continue to post record profits, analysts express some worry about their ability to sustain this status.