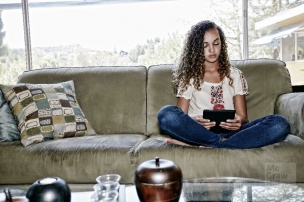 If you look back in the archives of our abstracts on this site, you can find several previous summaries of the long-running court case involving Amazon, Apple, a group of book publishers, and customers who found that the price of reading had taken an unpleasant jump. Here’s a brief recap, along with the ultimate outcome of the fight.

Compared with Amazon, Apple was a late entrant to the ebook market. Amazon, with its Kindle devices and well-known reputation as a bookseller (which was how the online giant started), dominated the market of books sold to be read on Kindles, as well as on other devices, including Apple’s phones and tablets. Amazon also offered great prices, with many popular titles priced at under $10. Faced with this tremendous dominance, Apple believed it needed to find a way to compete. It worked with five major book publishers to decide on a minimum price that they would not sell below. With the agreement, publishers like Simon & Schuster, Penguin, and Macmillan began insisting on higher prices for their titles, and Apple took a percentage of each sale. This pricing method, referred to as agency pricing, also meant that Amazon had to raise the prices it charged consumers, because it was paying more for the rights to the electronic content.

Amazon immediately brought the situation to the attention of the U.S. Justice Department, alleging that the agreement represented price fixing and illegal conspiracy. Apple defended its actions vigorously; by entering a market that had been essentially a monopoly, with Amazon as the only seller, Apple asserted that it was increasing competition, not harming it. It also alleged that the effect on the price was not the issue. Whether its entry led to higher or lower prices, the key point—according to Apple’s argument—was that previously consumers had only one source for ebooks, and now they had two, and that was an improvement.

Various levels of the U.S. court system have disagreed with Apple’s assertions though, and recently, the U.S. Supreme Court refused to hear an appeal. Thus the most recent decision by the lower appellate court stands. That decision establishes that the agreement among Apple and the five big publishers represented collusion. Previously the publishers had been forced, by Amazon, to sell at low prices. The deal with Apple benefitted them, by allowing them to charge what they wanted. It also benefitted Apple, which received a percentage of each sale. But the Court’s interest is mostly in the effects on consumers, and for those stakeholders, the conspiracy had negative effects.

As a result, Apple is liable to pay a $450 million settlement. The publishers already had settled with the government.