It used to be that malls drew traffic by posting huge, well-known anchor stores at the ends. When that model started to falter, many observers suggested the death of malls. But those dire predictions are contested by a different view that calls for changing the model and redefining what an anchor store really is. 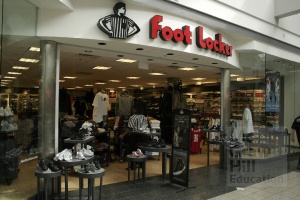 Specifically, stores within the mall might be doing more to draw traffic than the large, less differentiated retail chains that have long stood at the entrances. A familiar example is Apple Stores, which bring visitors in to check out the latest gadgets or get repair service from a Genius at the Genius Bar. But Foot Locker is showing signs of being another big pull, as consumers make tracks to its outposts so that they can snap up the latest model of Steph Curry sneakers or a trendy, high fashion tracksuit.

Thus, it is not just the business model for malls that has changed. The positioning of Foot Locker has changed as well, such that sales of actual athletic gear make up only a small proportion of its revenue. Instead, most people visiting the stores are looking for trendy, fashionable, athletically inspired clothing that they will be wearing to work and school, not to the track or the court.

Dedicated to the wants and desires of its target customers, who are members of the “sneaker culture,” Foot Locker makes sure that it offers the most recent shoe introductions, such as Kevin Durant’s KD9s from Nike. It also provides a social space, encouraging shoppers to linger and check out the various shoe and apparel options while interacting with fellow fans of high end, fashionable sneakers.

Although it continues to enjoy great success among sneaker culture, Foot Locker notes that it has room for improvement among female culture, such that women have not flocked to its stores for athletic gear at the same rate as men have. Accordingly, it is expanding the apparel options for women, hoping to cause them to make a trip to the mall too.