Privacy concerns continue to be a hot-button issue for many consumers. As more smart products enter the home, many of them wonder just how safe their personal information is from unscrupulous hackers, and even some manufacturers. Laptops and mobile phones are typically the types of devices suspected to cause a breach in security (or microwave ovens), but a recent announcement from the German telecommunications watchdog group, the Federal Network Agency, caused new concern for many parents. Could certain smart toys be watching their kids, and thus be used to steal personal data? 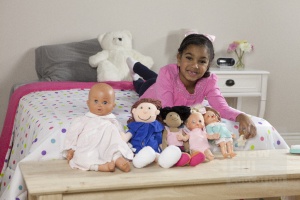 The toy at the center of the current controversy is called Cayla. Manufactured by Genesis Toys and distributed by the Vivid Toy group, Cayla connects to the Internet via a Bluetooth connection. She can interact with children by recording their conversations and responding to certain programmed verbal cues.

Children may love the doll; many adults see it as a potential menace. Charges have been leveled that the unsecured Bluetooth connection could allow hackers to access Cayla’s systems and record the conversations of children (or parents) in the room. Furthermore, some United States–based advocacy groups have filed complaints with the Federal Trade Commission, citing concerns about the manufacturer’s practice of transmitting and storing all recorded voice data prints. The software company that stores these voice prints, Nuance Communications, has reserved the right to use any data it receives as it chooses in its marketing efforts. Could parents thus hear their children’s conversations with their toys broadcast in an advertisement someday?

German telecommunication laws effectively ban Cayla from future sale in Germany, and the Federal Network Agency has urged parents to deactivate any dolls previously purchased. Genesis Toys has yet to release a statement on the recent ban.

Source: Kimiko de Freytas-Tamura, “The Bright-Eyed Talking Doll that Just Might Be a Spy,” The New York Times, February 17, 2017