At Microsoft, approximately 50,000 of its more than 121,000 employees perform some marketing or selling functions. But the company’s sales and marketing division is poised to undergo a radical reorganization, such that up to 4,000 of those employees might find themselves without jobs soon. 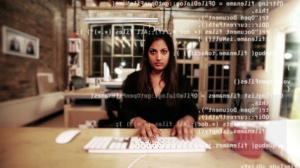 The reorganization represents Microsoft’s ongoing efforts to shift with the times and stay relevant, especially in competition with names such as Amazon, IBM, and Google for the rapidly growing cloud-based software market. Accordingly, it plans to devote greater resources and attention to six key industries in its portfolio: manufacturing, financial services, retail, health, education, and government. In these industries, Microsoft predicts the need for sales forces that are more technologically proficient and well-versed in the specific industry itself, rather than generalized sellers.

In this round, most of the job cuts are outside the United States, and if they were qualified, laid-off workers could apply for other positions within the company. But as Microsoft continues to realign its offerings to appeal to consumers, with efforts such as expanded cloud offerings, increased data analysis capabilities, and helping clients transform into digital entities, other sales and marketing professionals might perceive some threats to their job security as well.