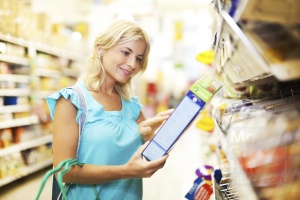 What trend watchers and market researchers tell us, over and over, is that consumers are seeking healthier food options. But when General Mills tried to change the formula for its Trix cereal, using natural and vegetable options rather than artificial dyes to create the coloring of the sugar-laden product, people rejected the switch wholeheartedly. And so, Classic Trix will return to store shelves, with the bright colors and strong fruit flavors that generations of children have come to love.

For General Mills, the switch back seemed mandatory. On social media and the company website, consumers complained so bitterly that it knew it would lose them if it only offered the “depressing” naturally colored version. Using turmeric, beets, and purple carrots as ingredients to manufacture its cereal, General Mills came up with a colored but drab version, vastly unlike the vibrant version achieved through artificial dyes. The clearly visible difference prompted people to mourn the loss of a childhood favorite, worry that their own children would never have the fun of eating Trix, and accuse General Mills of selling “basically a salad” instead of a cereal.

But the switch back to artificial ingredients also creates a dilemma for the company, which vowed several years ago to eliminate all artificial flavors and colors from its cereal products. By switching back to keep customers happy, General Mills also is going back on a commitment it publicized widely, which may annoy an entirely different set of consumers.

Although this latter group of consumers who prefer natural ingredients is influential, and sales of products that bar artificial dyes and flavorings are growing faster than those of other segments, food manufacturers clearly cannot ignore the substantial population of folks who love food produced with artificial means—always have, always will. Processed foods continue to sell well to consumers who see no need to consider an organic kale chip when Pringles already taste great, or who enjoy Apple Jacks cereal over organic alternatives because the preservatives it contains helps the food stay crisper in milk for longer.

Some companies have had better luck; Kraft changed the recipe for its famous macaroni and cheese to eliminate an artificial yellow dye. It did so without announcing the change, and it ensured that it could replicate the signature neon color of the meal even without the dye. Then, when it made the change public, consumers already knew that they had tried the new recipe and, in most cases, never noticed a difference.

But for most makers of processed foods, especially those that resonate strongly with consumers’ sense of nostalgia and childhood memories, changing things represents a grave risk. At the same time, ignoring the demands for healthier production methods could be risky too. It turns out, as a spokesperson for General Mills noted in what may perhaps be the understatement of the century, consumers “don’t all want the same thing.”