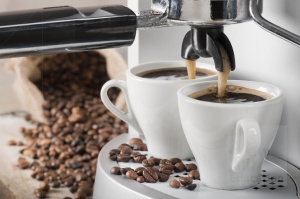 Worldwide, the coffee supply chain is dominated by women—not that most marketing in this industry would indicate that. Rather than the conventional images of a male farmer walking a burro along rows of coffee beans in fields, the reality is that women perform approximately 70 of the work involved in getting beans to market and into consumers’ cups. Together with the misleading imagery, gender inequality throughout the supply chain has meant that in many places, female farmers are underpaid, excluded from negotiations, or limited in the competitive moves they are allowed to make.

For one small, family-owned, gourmet coffee company in Minnesota, that situation led to the inspiration for a new way to market their products. As the second generation of the family took over the company Alakef Coffee Roasters from her parents, Alyza Bohbot first determined that she did want simply to keep doing what her parents had done, because she believed that brand had reached a plateau. It was not growing any more, and its marketing and branding had remained the same for years.

Upon taking over, Bohbot decided to attend a conference of the International Women’s Coffee Alliance. There she heard a story of a farmer from Colombia, who lost her farm after her husband died, because women were not allowed to make decisions about property. With this growing recognition of the gender inequality that marked her industry, Bohbot realized that she could turn a negative into a positive. The company initiated a new brand, City Girl Coffee, dedicated to ensuring the empowerment and employment of women throughout the supply chain. It purchases beans only from cooperatives and farms that are owned or managed by women. In addition, it donates 5 percent of its profits to nonprofit industry groups that are committed to supporting women.

In line with these initiatives, City Girl is unapologetically feminine in its marketing. Beyond the brand name, the packaging is bright pink. The logo depicts a clearly feminine figure on a scooter, and the mission statement asserts straightforwardly, “We are bringing awareness and equality to the coffee industry.”