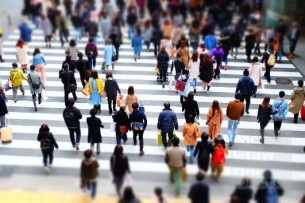 Moving forward with an idea it first introduced a few years ago, China is looking into the potential for tracking its citizens’ every digital move, then issuing them individual scores based on their behaviors, habits, connections, and comments. The initiative goes beyond the already extensive tracking to which every mobile and digital user is exposed, with notable implications for virtually every aspect of people’s lives. Specifically, the proposed Social Credit System plans to gauge how people act, including whether they pay their bills on time, how much time they spend on gaming sites, how many positive comments they share, and the identity of their friends on social media. With this information, the System would assign a sort of trust score to each person, indicating whether she or he is trustworthy and a good citizen. Rather like Yelp for individual persons, the scoring system then would allow others to determine whether they want to interact with that person; a low score might imply a bad dating risk, whereas a high score suggests the person can be trusted to rent a car.

The exact methods to be used to calculate the scores have yet to be determined. Thus far, China’s central government has assigned the task of figuring out how to measure people to independent companies, including Alibaba and China Rapid Finance (which owns WeChat). In its initial efforts, though it keeps the exact algorithms confidential, the Alibaba version assigns scores between 350 and 950 according to five metrics: credit history, contract fulfillment, personal characteristics (e.g., verified mobile phone number), behavior and preferences, and interpersonal relationships. The latter two categories are attracting the most attention and concern. In an example provided by the company, the system would rate someone who plays video games for 10 hours every day lower than someone who buys diapers frequently. Thus it judges someone who appears idle as less trustworthy than someone who has children. If however that parent is friends on social media with the gamer, the gamer’s low score reflects on the parent too and lowers her or his score, simply due to their social connection.

Thus far, the firms performing the analyses encourage people to register for the still voluntary assessment by rewarding them with various benefits, similar to a loyalty program. For example, if consumers earn scores higher than 650 in Alibaba’s system, they can rent cars without leaving a deposit, and they qualify for loans. Higher point totals produce better benefits, even extending to expedited processing of their visa applications. A good score also improves the person’s social media profile, such that he or she would move up in the search result listings of the dating site Baihe, also owned by Alibaba.

As noted, the process currently is voluntary and run by private companies. However, China has indicated that it plans to make the national Social Credit System mandatory and government-run by 2020. At that point, people will no longer have a choice about whether they will be rated or not, and the results will have vast implications for their lives. Beyond the elements already implemented in the private sector, such as determining their ability to take out a loan or look good on a dating site, the scores will define job prospects, schooling options, and living conditions. Someone with a low score will not be allowed to take a job as a journalist or civil servant; this person also will not be permitted to enroll his or her children in prestigious schools. They will lose the right to travel abroad, and they will receive slower Internet speeds. These predicted outcomes, which might seem extreme, appear highly likely; already, 6.15 million Chinese citizens who have been convicted of crimes such as spreading false information about terrorism or disrupting flights have been banned from traveling on trains or airplanes.