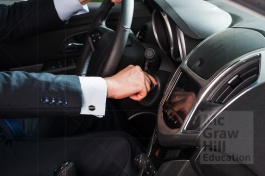 In one of the recent iterations of its long-running advertising campaign, in which real customers encounter new information about its car models and express their surprise at what they have learned, Chevrolet explicitly sought out customers of other carmakers. The spot asked the real people, identified as drivers of Ford, Toyota, or Honda vehicles, which automotive brand had the highest reliability. Each confidently asserted that their own choice was the winner, then gasped when sheets covering four different cars whipped away to highlight Chevy as the victor in each category.

But the gasps may have been misplaced, because all three competitive carmakers have protested the ad, claiming that Chevrolet is being misleading when it claims to have earned the ranking as most reliable. In particular, the competitors use the term false advertising, and they have demanded that the spot be removed from the airwaves.

Although Chevy’s parent brand GM decided to stop airing the spot, it claimed it had done so simply due to the scheduling of the next round of advertising, not because it would admit to any misleading claims. Rather, Chevy insists that the evidence it is the most reliable brand is strong and convincing.

The issue ultimately may boil down to which analysis we read. The source for the controversial ad was an Ipsos survey of nearly 50,000 car owners that asked about how many parts they had had to replace or repair. The survey referred to 2015 model year cars, though the focal advertisement itself featured the 2018 models, some of which had been redesigned in the meantime, such that they arguably might not achieve the same ratings. Chevy notes though that reliability ratings are inherently delayed, because sufficient time must pass for the distinctions to arise.

The competitors point to a different study, by Consumer Reports, that instead ranked Chevy very low on its list of the most reliable brands. This outcome was largely a result of the poor performance of a newly redesigned Traverse model—the very same one featured in the focal advertisement.

Yet another evaluation, by J.D. Power, agreed with the Ipsos survey and ranked the four Chevy cars featured in the ad as the most reliable for that model year. Thus both sides have ammunition to support their claims that Chevrolet is or is not the most reliable brand. Are the real people, not actors, just as surprised to learn about this contested claim?