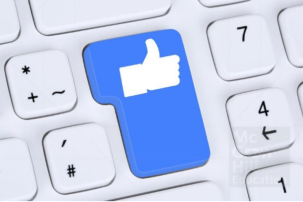 Criticisms of Facebook for some widely reported data handling issues and privacy breaches—allowing Cambridge Analytica access to unauthorized user data, evidence of election tampering by foreign agents through its platform, and allegations of social experiments on users, among others—have led the social media giant to reconsider various elements of its operations. Not least among those reconsiderations is a rethinking of how it communicates about and presents itself to the public.

That is, in addition to revising its policies and procedures, Facebook is undergoing a shift in its marketing communication, including a choice to more than double the amount it spends on advertising. Noting that the company had virtually no experience with advertising itself directly to consumers, it hired several advertising agencies to design and coordinate the campaigns. Although some recently completed advertisements offered apologies for the spread of fake news on its platform, the current iteration mostly revolves around how Facebook (and its properties, such as Instagram) enables people to come together, share experiences, and make meaningful connections.

A company representative still called the effort an “apology campaign,” yet today’s advertisements do not issue direct apologies for any of the recent scandals, nor do they take direct responsibility for any gaps in Facebook’s policies that might have led to the scandals. Such a choice likely is strategic, considering that Facebook still faces the threat of sanctions from the Federal Trade Commission for failing to protect users’ privacy sufficiently. Instead, this effort to communicate directly with consumers is focused on what Facebook promises to do in the future, to ensure it remains a valuable resource for these users.