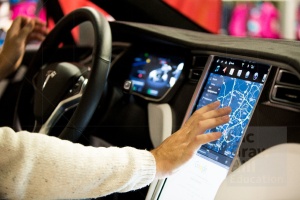 From its start, Tesla has adopted a unique positioning: Is it a tech firm? A product innovator and designer? An image brand? Although arguably, it represents all of these types of entities, its most recent developments are moving it more toward a role as a manufacturer, though even in this role, it takes a relatively unusual approach.

Traditional automotive manufacturing involves complex supply chains, such that the automotive brands source various materials and parts from vast numbers of different original equipment manufacturers. According to Tesla’s original plans, it hoped to go even further, outsourcing the production of nearly every feature of its electronic cars. With a modular approach, similar to how technology firms like Apple build their products, Tesla aimed to spread the costs and risks throughout the supply chain.

But bottlenecks and supply issues have led the company to reconsider this approach. This point is perhaps best exemplified by batteries. Tesla vehicles depend essentially on a stable, consistent supply of high-tech batteries to support their very functioning. But the company has suffered multiple supply disruptions. In addition, in reviewing its suppliers’ performance, Tesla and its controversial founder Elon Musk have complained about what they consider insufficient efforts to innovate new battery solutions and achieve greater efficiency by those suppliers, which have yet to come up with alternative or upgraded versions.

In response, Tesla has brought far more of its manufacturing processes in house. For example, it now builds all its vehicles’ seats on its own. Although it still relies on outside suppliers for the batteries, the company’s know-how related to batteries is constantly growing, and it appears poised to strike out into new designs and developments in this domain soon. In the meantime, it is building new plants to enable it to cover most of the rest of the supply chain, assemble its vehicles to its stringent specifications, and increase supply to ensure it can meet demand.

A recent expansion of its manufacturing capabilities is remarkable for its size and its contrast with broader trends. In announcing plans to build a new factory outside of Austin, Tex., Tesla noted that the facility could be up to 5 million square feet and would employ approximately 5000 people. It also would be the first new automotive assembly plant to open in the United States in more than a decade. The plant will primarily produce Tesla’s new Cybertruck models.

The new plant would join existing factories in California and China, as well as one currently under construction in Berlin, Germany. Together, these plants would provide an estimated annual production capacity of 2 million vehicles. Tesla strongly believes it needs to establish such capabilities now, though some observers question whether its demand continues to be strong enough to support this level of production.