What do Visa, the Olympics, and Facebook all have in common? The answer is “Cheer”—Visa’s new social media campaign, which will debut at the London Olympic Games. 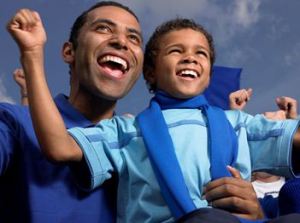 In the campaign, Visa asks consumers to upload text, photo, and video “cheers” for favorite Olympic athletes. To make the campaign even more meaningful, Visa first turned to Team Visa—a group of 60 notable Olympic athletes, including Michael Phelps, Lopez Lomong, Li Na, and Kerri Walsh. The athletes explained that their social network groups provide them with significant motivation and inspiration. In this spirit, Visa is trying to capture and promote enthusiasm and excitement in its ad campaign. It also hopes to encourage the idea that fans make the difference between the thrill of victory and the agony of defeat for the athletes they support. In working toward a shared experience for consumers, the campaign will cross all forms of media and appear in at least 70 countries. 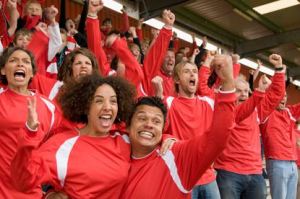 the 2008 Olympics—a highly successful campaign that gave Visa a great return on its investment, especially in comparison with its non-Olympic campaigns. The sonorous voice of actor Morgan Freeman again will narrate the commercials. To measure its success, Visa plans to look at transactions, card activations and uses, brand equity measures, and customer satisfaction, as well as levels of social engagement.

In addition to uploading video cheers to Visa’s Facebook page, consumers are encouraged to submit one-click cheers. The Facebook page will stream videos about the athletes’ backgrounds, stories of their life experiences, and examples of their intensive training regimens. Beyond just Visa’s efforts, social media is expected to play a massive role in the upcoming Olympics, particularly in comparison with the last go-round. In 2008, Facebook had 100 million users and Twitter had 6 million; today, these numbers have risen to 900 million and 100 million, respectively. Both social media services also have been designed by the International Olympic Committee as online Olympic Athletes’ Hubs. In this sense, Visa’s creative concept reflects the current marketing trend of integrating social media into mainstream advertising practice.

1. Why do companies create new advertising plans in association with major events such as the Olympics?

2. Define the type of advertising strategy that Visa is demonstrating in its “Cheer” campaign.