The vision of Indian streets filled with bicycles, carts, and beat-up trucks is not quite history yet. But India’s growing car culture is expanding in various directions, including to high-end luxury vehicles. 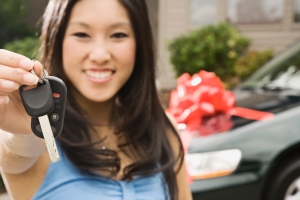 National car manufacturers such as Tata Motor have introduced affordable, small cars like the Nano, in an attempt to appeal to current cart drivers and bicycle riders. For India’s growing middle- and upper-class markets, such small vehicles are nowhere near sufficient though.

Both Daimler (makers of the Mercedes Benz) and BMW already have a presence in this growing economy. Determined not to be left behind, Audi is introducing its A8 L sedan, a large, luxury sedan with cutting-edge technology and well-appointed interiors. The car sells for approximately 88.68 lakh—equivalent to nearly US$110,000.