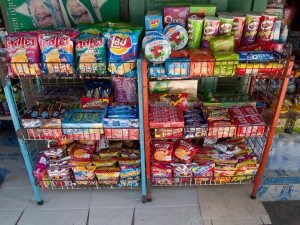 When Lay’s decided to introduce a new chip flavor in its U.S. market, it planned to turn to the crowds, twice. First, it invited fans of its Facebook page to submit their ideas for new flavors. It promised to announce three finalists. Second, consumers everywhere would vote on the three selected finalists to choose the last chip standing.

But the first step did not turn out exactly as planned. Millions of people submitted ideas (3.8 million of them, to be exact), and Lay’s chose three. But before telling its devoted Facebook contingent about the choices, Lay’s allowed the finalists to appear on Good Morning America with their contributions. That is, a traditional and relatively stodgy channel was able to scoop social media. And social media users were not happy about it. One Facebook member even recommended that the corporation immediately fire its social media director.

Lay’s soldiered on, despite the frustrated Facebook fans, and made an official announcement the day after the nationwide “leak” of the information on Good Morning America. Now, dedicated fans and casual consumers alike face the choice among Chicken & Waffles, Cheesy Garlic Bread, or Sriracha-flavored chips as the next new introduction on grocers’ shelves.

This voting round relies heavily on social media channels, allowing people to use Facebook, Twitter, or text messaging to make their preferences known. The contest is slated to run for a little over two months. For the creator of the winning flavor, Lay’s is offering $1 million prize or 1 percent of the sales of the new introduction—whichever is greater.

Assuming the response is substantial enough, Lay’s initial stumble might not have an effect. Perhaps consumers will be mollified by the chance to enjoy a sweet fried chicken flavor in their chips. Lay’s prior experience shows great promise: In other markets, it has successfully introduced Pepsi- (China), shrimp- (Egypt), pickled cucumber– (Serbia), and mango- (India) flavored chips. So what’s a little cheesy garlic flavor among friends?