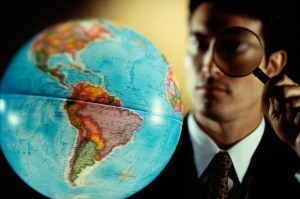 When a lot of movie watchers search for the trailer for a film in the month before the movie opens, it promises a bigger opening weekend. Such a claim might seem somewhat self-evident, but Google has announced that it has the means to quantify this effect and thereby help movie studios predict their profits, up to a month prior to the opening day.

More precisely, Google asserts that search volume for the movie title (combined with a few other metrics, such as the season and whether the movie is a franchise) offers a 94 percent accurate prediction of box office performance.

Other proprietary information that Google can use to predict success include the volume of clicks on search ads. If, for example, one movie prompted 20,000 more paid clicks than another film, it will bring in approximately $7.5 million more in revenues during its opening weekend. Furthermore, the search effects are not limited to Google; YouTube searches reveal similar predictive information. From its analysis, Google recommends that studios need to go beyond just a one-week window, because studying the search and click trends for a month increases the accuracy and power of their predictions significantly.

Moving beyond the implications for opening weekend, Google asserts that weekday searches in the weeks leading up to the release offer better predictors of continued revenues. That is, if a film fan searches for a movie title on a Tuesday, she or he is more likely to hold off on seeing the movie, rather than rushing out during opening weekend. On a related note, Google notes that nearly half of all moviegoers choose the film they will see that night on the same day. Thus, studios need to maintain a marketing presence far past opening day, to be sure to catch the laggard customers’ attention.

But unless the movie is a big name, an anticipated release, or a franchise, most people have no idea of what is coming to their local Cineplex. Instead, during weeks without a major movie release, Google notes that consumers undertake more generic searches to gather information about what new movies might be available. On average, these film buffs consider 13 sources of information before they select a specific film to watch.