Revenues in the video game industry are expected to surpass $8 billion worldwide by 2018. But even with this remarkable accomplishment, many video game publishers and tournament organizers see vast potential profit remaining, in the form of women who might be enticed to participate more actively in the professional video game competitions commonly known as esports. 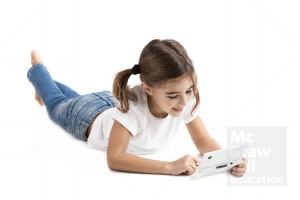 Currently, only about 15 percent of esports viewers are women; the number of women who play esports professionally is even smaller. Efforts to increase women’s participation in esports go back more than a decade, though only recently have publishers and event organizers really devoted substantial attention to targeting female competitors and consumers. For example, in Bandai Namco Entertainment’s recent “Bonnie-and-Clyde” tournament, teams comprised of one male and one female player battled one another for prize money. The esports company Oxent also holds annual women’s-only tournaments for popular games such as Counter-Strike.

The efforts to increase female participation in esports are not limited to inclusion in the tournaments themselves. The livestream site Twitch, which is owned by Amazon, broadcasts video game play live; it also hosts a dedicated support community for women in gaming, called “Misscliks.” Bandai Manco Entertainment already has started to lay the groundwork for a mentoring program to assist women who want to get more involved in competitive esports. Created through a partnership between Intel and the esports company ELS, the advocacy group AnyKey creates support networks and provides more opportunities for women in the gaming field.

AnyKey also notes a research purpose, devoted to addressing diversity and the environment that faces female competitors in this traditionally male-dominated field. Widespread reports of misogynistic taunts and even sexual harassment of players suggests that the gamer culture is not completely friendly to an expanded user base. Accordingly, some observers question the effectiveness of women’s-only tournaments, arguing that this segregation encourages the perception that women cannot compete at the same level as men.

It is unclear how much the ongoing efforts will contribute to increased female participation in the esports arena. The efforts of video game publishers and tournament organizers to be more inclusive seemingly might challenge traditional expectations about what a professional esports competitor looks like. Will such inclusiveness also expand the market?