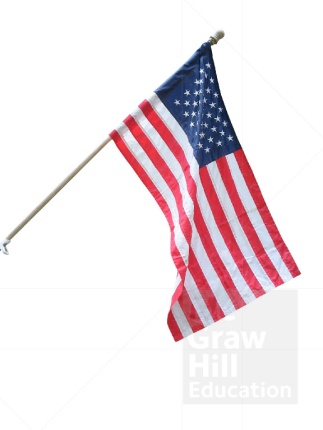 The Federal Trade Commission (FTC) is in charge of making sure that the claims advertisers make in their marketing
communication are accurate and not misleading. For example, existing rules mandate that to be able to add the phrase “Made in USA” or “Made in America” or include an American flag on product labels, companies must actually make the products within the United States. But whereas the rules are firmly in place, their enforcement sometimes varies, an issue the U.S. manufacturers would like the FTC to address.

In most cases, companies found in violation of the rules receive a warning letter, telling them to halt the practice. Usually it is only after a second violation that any fees or punishments get imposed. The idea is that some companies might be unsure of the exact requirements; for example, if they purchase some raw materials from the United States but manufacture elsewhere, they might mistakenly believe they can claim American status. The FTC sees warnings as more appropriate enforcement tactics for such firms.

But others likely are ignoring the rules strategically and purposefully, hoping to gain a competitive advantage from claiming a U.S. origin. Research shows that approximately 80 percent of U.S. consumers would prefer to buy products made in the United States. The country of-origin information often tends to function as a decision aid: If choosing between several products that offer similar benefits, shoppers might lean toward the U.S.-made product, all else being equal.

For U.S. manufacturers, this nudge in preferences can be critical, especially because their production costs tend to be higher than those of manufacturers that locate their factories in nations with lower labor costs. Thus they assert that they need every advantage they can find, and they have called on legislators and the FTC to enforce the rules more stringently, by imposing fines more consistently and after the first violation.

Doing so might require more resources for enforcement agencies, because they would need to pursue the complaints more comprehensively. But would it benefit American companies and consumers?
Discussion Question:
1. Should the FTC revise its approach and fine first offenders?
2. Do you look for “Made in USA” labels when you purchase products? How important is that information in your product choices?

Source: Heidi Vogt, “U.S. Manufacturers Push FTC to Crack Down on False ‘Made in America’ Labels,” The Wall Street Journal, November 20, 2018; Federal Trade Commission, “Complying with the Made in USA Standard,” https://www.ftc.gov/tips-advice/business-center/guidance/complying-made-usa-standard