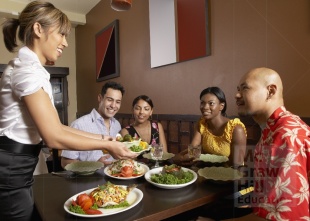 Usually when press reports and federal filings start describing a retail chain that is closing stores and losing money, predictions for the future are pretty clear: bankruptcy, exit from the market, and replacement by more appealing competitors. But that outcome is not necessarily inevitable, as three examples from the retail restaurant industry show.

Shakey’s Pizza, Big Boy, and Ground Round Grill all underwent massive threats to their continued existence. The reasons will likely sound familiar, because they all faced the well-known forces that underlie all competitive markets. Shakey’s Pizza and Big Boy both lost business with the vast growth of less expensive, more convenient competitors like Domino’s Pizza and McDonald’s, respectively. Ground Round Grill failed to innovate as rapidly as competitive casual franchises like Applebee’s. In addition, retrospective analyses indicate that they all may have tried to expand too fast, losing control of the many franchised stores that they tried to open in disparate geographical areas.

Thus, all three of them entered a period of significant decline. Hundreds of franchises closed, profits plummeted, and the owners changed. But they never disappeared completely. So while Shakey’s had only 40 stores at one point (just a little more than 10 percent of the number it had at its peak), those restaurants remained operational.And by staying alive, all three chains have found a way to start to rebuild. As noted, they all are under relatively new ownership, and these owners have revamped many features. For example, Ground Round was once known almost exclusively for its grilled hamburgers, but today, the restaurants feature a more diverse menu, and the décor is more family friendly. Big Boy himself even got an update, so that the iconic, grinning spokescharacter looks a little more like Elvis and less like a chubby kid.

As performance stabilized and even started to improve in the stores that were left standing, the three franchised chains also began to strategize about how they might reenter a growth phase. For Shakey’s, the approach is cautious and localized; it plans to open company-owned stores only in California for the foreseeable future, though it might offer franchises to some franchisees in neighboring states. Ground Round, which currently is owned by a cooperative of its franchise owners, is spreading throughout the Midwest and northeastern United States, and it also hopes to spark growth with a new sports grill concept.

For all three companies though, the key may be finding a way to appeal to the nostalgia of adults who visited the stores when they were kids, and would today love to share that fun experience with their own children. If they can remind consumers of how much they once loved the pizza or burgers, perhaps they can continue to survive and thrive.

Source: Bonnie Miller Rubin, “They Were Huge Franchises. Why Did They Collapse?” The Wall Street Journal, November 25, 2018