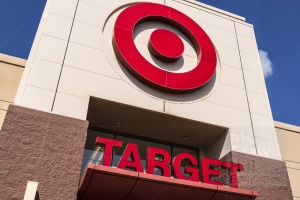 With its headquarters in Minneapolis, the site of the brutal killing of George Floyd by uniformed police officers, Target encountered protesters and advocates aligned with the Black Lives Matter movement in some of the earliest stages of the ongoing effort. Perhaps as a result of this proximity, it has responded with notably specific and measurable commitments to address diversity, representation, and responsibility issues throughout its corporation.

Its detailed diversity and inclusion plan features five areas for improvement and attention. First, it commits to establishing clear routes for advancement for Black employees across its stores, supply chain operations, and corporate offices. Second, it is developing retention and hiring programs dedicated to attracting Black candidates to historically underrepresented careers, in areas such as data sciences, merchandising, marketing, and technology. Third, Target will expand its mentorship network to ensure Black employees feel supported in their advancement efforts. Fourth, its wellness programs will reflect a closer focus on the health needs of and benefits for people of color. Fifth, Target is creating antiracism training targeting leadership and managers, so that the ideals of inclusion spread throughout the corporation at all levels.

In addition to making commitments for the future, Target released information about its performance in the present with regard to diversity initiatives. Its Workplace Diversity Report acknowledges that approximately half of the 350,000 employees of the company are people of color, and more than half are women. One-third of the Board of Directors are women, and almost half are people of color. These statistics reverse at the store management level, where half of the stores include female managers, but only one-third are managed by people of color. With this evidence, and noting both its relative diversity success and the progress it still could make, Target has committed to increasing the representation of Black employees in the company by 20 percent, through not just hiring but also advancement and promotion strategies.

Many other retailers responded to Black Lives Matter and related protests with statements of support or concern—as did Target. In an open letter, its CEO wrote, for example, “The murder of George Floyd has unleashed the pent-up pain of years, as have the killings of Ahmaud Arbery and Breonna Taylor. We say their names and hold a too-long list of others in our hearts.” The letter concluded with the assertion, “Since we opened our doors, Target has operated with love and opportunity for all. And in that spirit, we commit to contributing to a city and community that will turn the pain we’re all experiencing into better days for everyone.”

But beyond expressions of concern, few other retailers made their promises to improve matters as explicit, quantifiable, or transparent as Target did. In this sense, it opens itself to potential criticism. If it fails to reach its specific and explicit commitments, it may come in for further protests. But if it succeeds, it promises to transform the marketing and retailing environment overall for the better.